Between fear and respect
In my last post “Know to get the Power”, I talked about how to fight the power by fighting fears with a movement towards the unknown. But there are several situations where no knowledge will compete the power in front.
First come the natural and ultimate powers of Time & Death. On Time, I would say that nature invented it not to have to do everything at once; from a human point of view, Time is everything but an objective concept. From the scientific point of view, Time is a headache; it change with the speed of the reference and we don’t know if it has ever started. On Death, many answers have been provided by all the human civilizations since man is civilized, because we need answers, even if we know they are “not completely true”. But when you think that all the atoms and many molecules of your body were produced in a star, and particularly with water and carbon, you are, maybe, a little more willing to give it all back.
Then come the social mechanisms where a group (small or large) agree to give some powers to someone for the benefit of all. Of course, we can think about the Lord of the village, but the mechanism works for every job: from soldiers to the farmers, from journalist / artists / elites to the spiritual and body doctors, may you call it the shaman, the witchdoctor or the priest. All those interactions require to be ruled to go smoothly, and I guess that laws come from here, oral and usual at first, then written. In that process, we know we let go a piece of liberty and power, but it is also the choice (conscientious or not) of the comfort of a ruled and civilized community.
So, when the power in front is too “powerful”, our knowledge of it turns our fears into Respect. This word has been overused, so following my thoughts, I will only say that The First To Respect Is Oneself.

When a mean turns into an unfair God
Religions are so right to fear and fight the adoration of the Golden Calf, the “false god”, the money. But humanity is only 7 millions years old, and this is too young not to fall into the trap.
I don’t have to tell all a man can do for money, nor how our “modern world” kneels before financials, nor that it is easier to think it’s normal that the more you have the more you need, rather than to let go. It is going to be very tough for some to think conversely as “less efforts equals more comfort”.
And now we are almost all done, because we all rely on money to have a roof, to eat and for many other basic life actions. In the same time, this money, that was once the property of the people through the nation, is now like any good traded by greedy private merchants. And if the nations, individually or together, don’t take back the sovereignty of their own money, it’s going to be hard for us people.
Talking about property, some may not understand me, but I don’t believe in that notion. First, I keep in mind that everything, including me, is made of atoms that were produced by a star. Then, I use of “the house story”: I live in a house, if I die, the house is alright, but on the contrary, if the house collapse, I am terribly bad; and so, I wonder how I can tell I own this house rather than the house owns me.
Sadly, I am much more cynical (or realistic maybe), and I also see Money as a selection factor for a humanity that is growing too fast. I can’t help to think of the difference of value a life is given, or spent, whether you are born here or there, and depending of the social class you are from. Some can spend millions on premature babies when million of children are left without drinking water. The only one that will survive when this civilization will collapse, and it will, like all others before, will be the groups of people poor and isolated enough to be self sufficient.

So are your Myths, so is your life
Of course it was easier, in the ancient Greek time, to settle one’s thought upon a strong basis of mythology where Gods were known to live among the living. I don’t think ancient Greeks were as stupid as to deeply believe those myths, because they were built piece by piece by the artists like Aeschylus (http://en.wikipedia.org/wiki/Aeschylus). But the population were not that large and science not so advanced, so an abstract system of social laws could be shared and modified by the majority.
Today, it is much more difficult to find a similar system in our “modern civilizations”. Of course, History still provides us with perfect Good and Bad Heroes, such as Hitler, Stalin or Gandhi and Mandela. But you would be amazed to learn that the person who’s name and face are the most known all over the world is Michael Jackson. The similarities of his life and his image with the Christ may be obvious to some, this is not what makes him so famous, as he was able to reach people over colors and religions.
But sadly, the Heroes don’t make the Myths. Heroes are just symbolic focus points. Myths are fictional stories that everybody believe in. On a conscious level, they are tales full of wisdom, but on the subconscious level, it is a set of rule for social interaction. At this point, I know that the myths around “Harry Potter” or around “Star Wars” will never become a standards. So we are left with the false myths, as ease, comfort and money. And so, we let them set the rules for our social interactions, which are not good.

Who is going to build the Myth, the tale or the story that will gather humanity for an wiser cause? 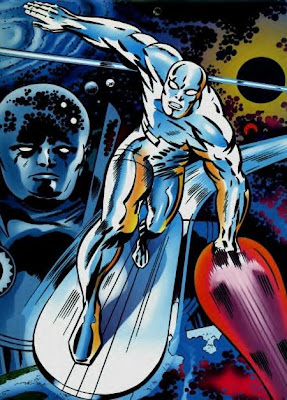 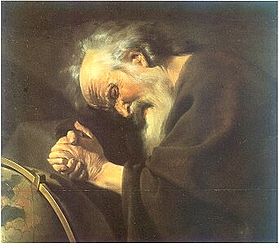